By Interchange FinancialSeptember 4, 2020No Comments 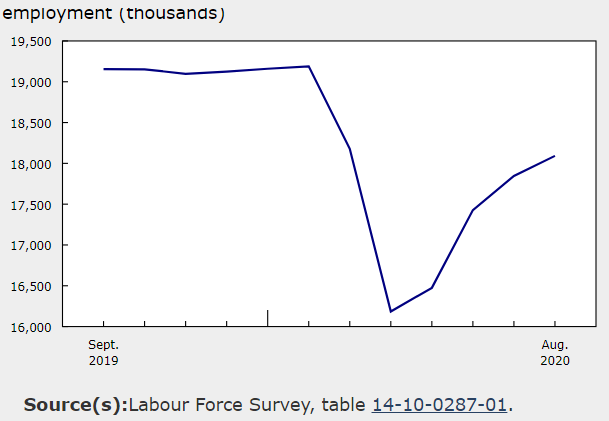 Yesterday, the stock market was down significantly as tech names came under particular pressure.  The NASDAQ sold off 5%, though it was already trading at record levels.  The selloff led to further gains for the US dollar which had already started the day up against the Loonie.  This morning’s August jobs data out of the US and Canada suggests a potential divergence between the economic recovery in the two countries.  In the US, the jobs number beat expectations and unemployment now stands at 8.4%.  In Canada, the jobs number came in at below expectations and unemployment now stands at 10.2%.  It is not possible to draw any conclusions on just one data point but it is worth watching whether the relative paths of the economic recovery in the two countries do in fact diverge because, if the do, there will be an impact on the exchange rates.  The net effect of the developments over the last couple of days is that the US dollar has gained 0.5% on the Canadian dollar since Wednesday night.