USD to CAD nearing its highest level for 2021

By Interchange FinancialDecember 2, 2021No Comments 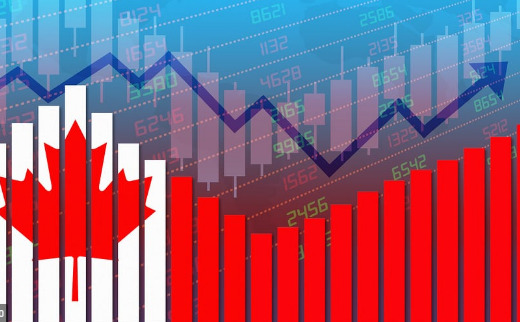 The Canadian dollar is once again nearing its lowest level for 2021 against the US dollar.  At the moment, USD to CAD is at 1.283 (CAD to USD is at 0.779).  The uncertainty associated with Omicron has been pressuring risk currencies like the loonie for a few days now.  Also, general volatility in financial markets, including the unusually nervous equity markets, which sold off yesterday because of the (totally predictable) discovery of Omicron cases in California, tends to favour the greenback.  Last but not least, the hawkish turn of the Fed, which is now considering expediting its tapering of QE, has also fed the US dollar rally in the last couple of days.  But this morning, it is once again declining oil prices which are dimming the prospects for the Canadian currency.  The key Canadian export has dropped 20% since its peaks about a month ago and is down a further 2% as OPEC meets to discuss a potential deferral of supply increases.  A few weeks ago, we wrote about goldilocks conditions for the Canadian dollar and how it could not be expected to last.  That turned out to be right but even we are surprised that the reversal would be so quick and dramatic.  All those same conditions that were previously favouring the Canadian dollar have turned quickly against it.  Omicron has injected new uncertainty into the global economic recovery, oil is plunging, stocks are volatile, and the Federal Reserve’s recent hawkish statements have neutralized the Bank of Canada’s first-to-move advantage in reining in monetary stimulus.  Omicron is obviously a wild card and hard to predict but it is hard to imagine the other factors currently working against the loonie getting much worse for the rest of the year.